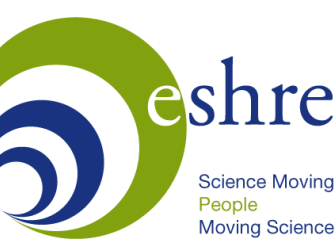 The 32nd Annual Meeting of European Society of Human Reproduction and Embryology (ESHRE) will be held in Helsinki, Finland, from 3 to 6 July 2016, and Reproduccion Bilbao (RB) will take part in it. The aim of the ESHRE is to provide a forum for the exchange and discussion of new clinical and scientific ideas. Annually a meeting is hold in a different European city where clinicians and embryologist bring their latest studies, share there ideas and learn about the latest advances in assisted reproductive area. Reproduccion Bilbao (RB) will contribute to the meeting with a [wp_colorbox_media url=»https://reproduccionbilbao.es/wp-content/uploads/2016/06/ESHRE2016.-POSTER-Reproduccion-Bilbao.jpg» type=»image» hyperlink=»poster presentation«] about Embryoscope and Eeva, the two main time-lapse systems.

Reproduccion Bilbao (RB) IVF laboratory is the only one in the Basque Country equipped with the two main time-lapse systems that are currently in the market, the Embrysocope and the Eeva System. The time lapse technology applied in assisted reproductive area has led to a better culture of embryos and a better knowledge of their morphokinetics allowing the embryologist to select the best embryo for transfer.

In Embryoscope the image acquisition unit is an integral part of the culture chamber, allowing the monitoring of embryos while they remain inside a controlled, stable culture environment. The Eeva System categorizes embryos on day 3 into “High” or “Low” likelihood of usable blastocyst formation groups but fitting into a standard incubator where the conditions are not so stable as in a benchtop incubator as Embryoscope. Taking this into account we decided to check how the Eeva´s prediction would work when embryos were cultured in a benchtop incubator, such EmbryScopeTM, instead of a standard incubator.

Our data ([wp_colorbox_media url=»https://reproduccionbilbao.es/wp-content/uploads/2016/06/ESHRE2016.-POSTER-Reproduccion-Bilbao.jpg» type=»image» hyperlink=»see poster«]) confirm that the Eeva prediction is very useful when embryos are cultured in Embrysocope, due to the association between the high scored embryo transfers and the higher ongoing pregnancy rate. Our results suggest that the perfect incubator would be the one that provides undisturbed embryo culture in a stable device such as Embryoscope does but also permits to implement a cell-tracking software algorithm such as Eeva Test´s model to predict embryo viability.